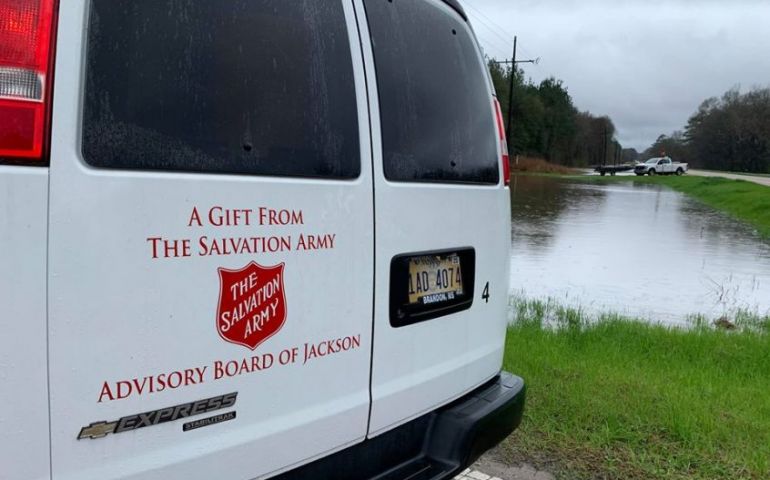 The Salvation Army responded today in Copiah County as continued rain brought flash flooding. As there are still roads and neighborhoods closed by this weekend's historic flooding of the Pearl River, there is nowhere for the rain to go. The Salvation Army trucks were out serving first repsonders and Mississippi Department of Transportation workers tasked with directing traffic through flooded roadways. Many residents expressed joy at seeing the trucks roll through. "We keep seeing coverage of the flooding in Jackson, but there are people out here still not able to get to their houses" said one resident. "It's good to see The Salvation Army and know we're not forgotten."