Red Shield Services Provide Shelter from the Storm, Solace for the Soul 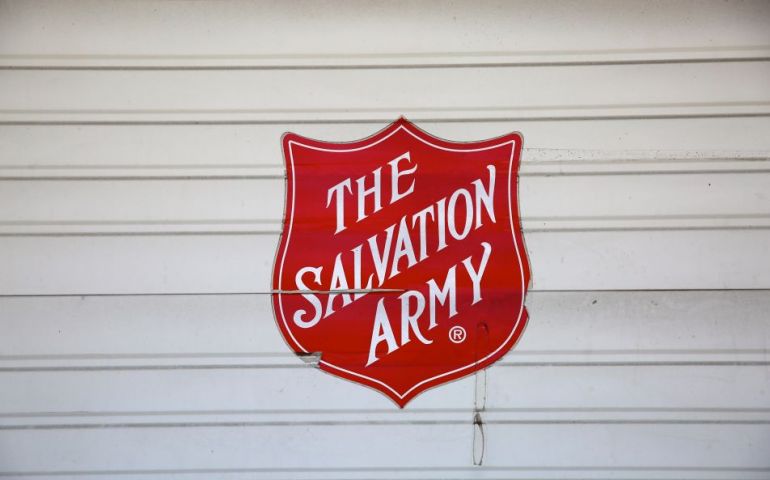 Atlanta, Georgia, (September 14, 2017) - On Monday, the winds blew, the rain roared, and one by one, people needing shelter from Tropical Storm Irma trickled into Atlanta’s Red Shield Services. The shelter, which provides transitional housing to homeless men, women, families, the elderly, and the disabled, had received a request from the City of Atlanta to house some of the overflow population from other Metro Atlanta shelters during Monday’s storm.

It wasn’t an unusual request. In fact, Red Shield runs an Inclement Weather Program, which provides overnight shelter to those who have nowhere else to go when the temperature is below 40 degrees, and to those who wouldn't normally seek shelter—no matter how bad the weather.

So, on Monday, as the remnants of Irma blew through Atlanta, the staff at Red Shield hunkered down to do what they do best—provide calm and stability through the various storms of life, in all their manifestations. “When it gets crazy out there, we’re ramping up in here,” said Kristie Wood, administrative assistant at Red Shield.

By Monday night, 35 additional people had sought shelter at Red Shield. Staff and volunteers provided makeshift bedding in the facility’s overflow shelter—it’s cafeteria—which can accommodate 40 people. “It’s a mat on the floor, but it’s better than being on the street,” Woods says.

Though others were seeking refuge from the elements, Woods is used to braving this kind of storm, both as a staff member and a former client of Red Shield. “I slept in bed 469. I had a light over my head that stayed on all night and a speaker at my feet that blared the intercom system,” she says.

For Woods, that temporary discomfort spurred a spiritual wake-up call. “I realized I had built my life around things that God didn’t want for me,” Woods remembers. “I applied for 700 jobs and wasn’t hired for a single one. I kept asking God to give me a job where I could use all my gifts, and He led me here.” Woods was hired full time in February 2014.

Today, she coordinates care and shelter for those in need. Woods says during Tropical Storm Irma, Red Shield staff fed the overflow individuals dinner and breakfast before releasing them from the shelter around noon on Wednesday. During the storm, Red Shield staff and volunteers also served breakfast to 100 elderly and disabled residents of The Salvation Army’s William Booth Towers, which had lost power. And, they also provided meals to about 200 people at Atlanta’s Peachtree-Pine Shelter.

Feeding bodies is necessary, but Woods knows feeding souls is really the mission of The Salvation Army does, and one she not only contributes to but benefits from, daily. “I know that what we do here works. I was able to get back on my feet and get my apartment. It wasn’t the most pleasant experience, but it’s much better than being out there, for sure.”