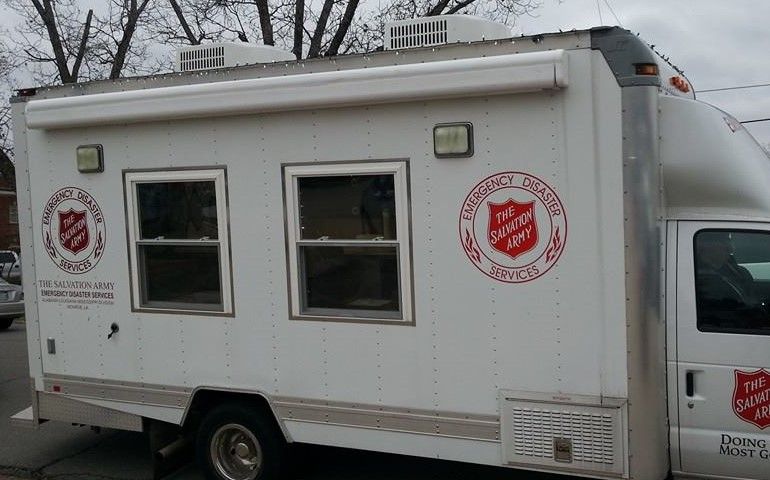 In the wake of the storm, the Monroe Corps has deployed its mobile feeding unit to provide food, hydration and emotional and spiritual care to those affected by the storm. Incident Commander, Captain Jerome “Jerry” Casey stated, “As we deploy the mobile feeding unit to meet immediate needs, we will also be working with the local emergency management officials to assess the needs of the community in the days to come.”

Two additional mobile feeding units and disaster relief personnel from Alexandria and Shreveport are on standby to support the Monroe Corps team, as needed.