Columbus Tornado Relief All About Community 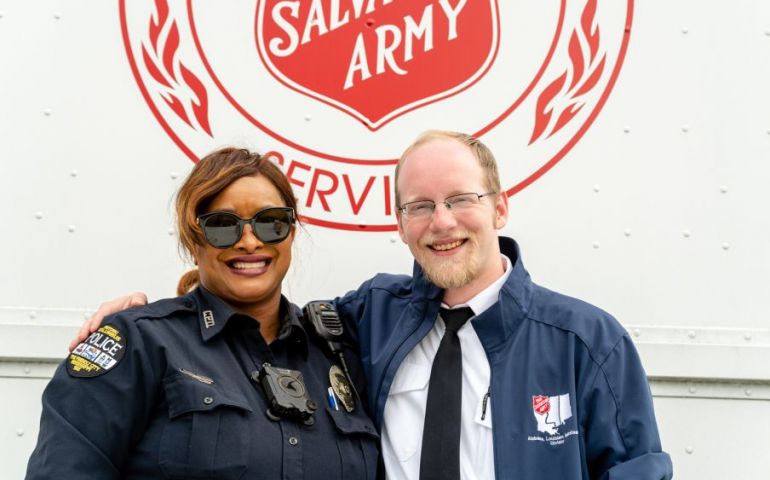 Columbus, MS (February 28, 2019)— Immediately after an EF-3 tornado struck the small town of Columbus—known as “The Friendly City”—  on Saturday, February 23, 2019, The Salvation Army has been serving and partnering with community groups and businesses to bring as much help as possible to those in need. The Community Benefit Committee, a local volunteer group made up of community leaders in Columbus, approached The Salvation Army early on about working together and a fruitful relationship was born. “The Salvation Army’s values are so close to ours, so who better to work with,” said Rhonda Sanders, Columbus police officer and one of the chief coordinators of The Community Benefit Committee.

Columbus Salvation Army Corps Officer, Lt. Christian Smith, says the partnership has been a blessed experience all around. “We recognize the needs for the community will be ongoing and are grateful for all partnerships and the donations which have been provided thus far. It is heartwarming to see how everyone has come together to serve those who have been affected. It’s pretty much like providing a big group hug,” said Lt. Smith.

To date, The Salvation Army has distributed the following tornado relief items to the Columbus community: 2,480 meals, 2,020 drinks, 820 snacks, 400 comfort/hygiene kits, 160 tarps, 100 blankets, and 200 pillows. To donate to The Salvation Army’s relief efforts, go to helpsalvationarmy.org .