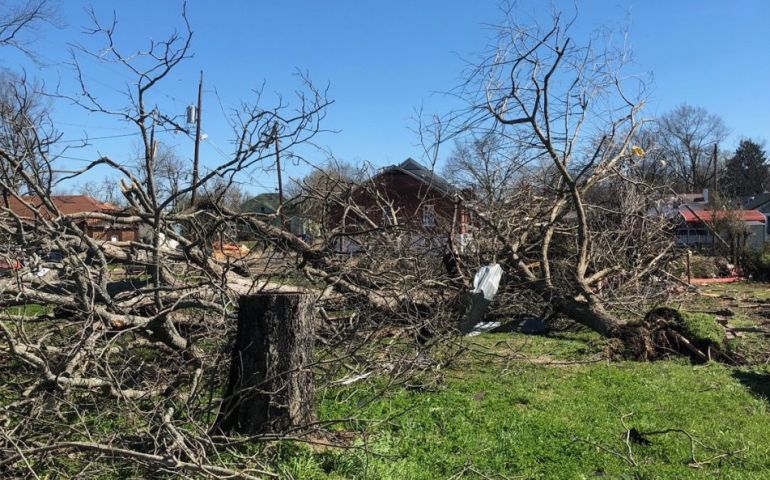 Columbus, MS (February 25, 2019)— The Salvation Army of Columbus, Mississippi has been busily serving the community after a tornado ripped through downtown Columbus early Saturday evening, causing one fatality and significant damage. After initially distributing 120 bottles of water and snacks to emergency responders in the hours immediately following the storm, The Salvation Army is now distributing relief items from a community parking lot next to Carter’s Funeral Home, located at 602 14th Street North, Columbus. “We are going to be out and about until everybody's power is back on, until they've gotten a chance to get some new groceries,” said  Lieutenant Christian Smith, Columbus Salvation Army Corps Officer.

On Sunday, The Salvation Army of Columbus distributed 200 kits of relief items including snacks, water and blankets, and partnered with  local restaurant, Farmstead, to distribute 50 meals. Today, The Salvation Army will be partnering with local grocery store, Food Giant, to provide hot meals at noon from the Carter’s Funeral Home location, distributing more relief kits, and distributing tarps donated by Lowe's.

Donations to the relief effort can be made at http://helpsalvationarmy.org.