Hurricane Ian Response Update from The Salvation Army of Florida 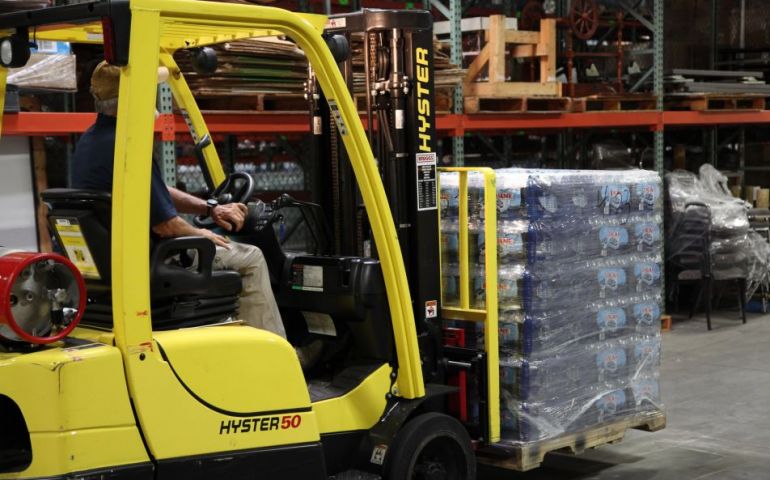 Tampa, FL - Due to its size and potential for slowing down, IAN poses a formidable threat to the West Coast of Florida. This threat is projected to impact cities as far south as Naples up to Florida's western coast and Tampa Bay. In the event of extended exposure to winds that reach tropical storm force, or higher, over a period of 12 to 24 hours, there will be significant effects on the power infrastructure as lines, trees, and structural damage may occur. In addition to the continued rain bands drenching an already saturated soil, likely to cause significant flooding, the Florida Divisions, Emergency Disaster Services (EDS) department has mobile feeding units, including 21 canteens and five rapid response units ready to deploy.

One Incident Command Team is now in Lakeland. Captain Stephan Wildish and two volunteers from the Pensacola Corps arrived the night before to prepare. They will serve for two weeks. A second wave of disaster workers will be sent in their place after two weeks, if necessary.

“It is always an honor to be called upon to serve others in times of disaster. Through the service of The Salvation Army, we seek to show that there is still hope amid the storm.” Said Captain Stephan.

The Salvation Army Emergency Disaster Services has all its commands on the West Coast of Florida ready to respond and service the community at large after Ian has passed.

We serve communities before the storm and will be there after providing hope and comfort.

The best way to The Salvation Army in its relief efforts is to make a financial contribution. Monetary donations allow disaster responders to immediately meet the specific needs of disaster survivors.