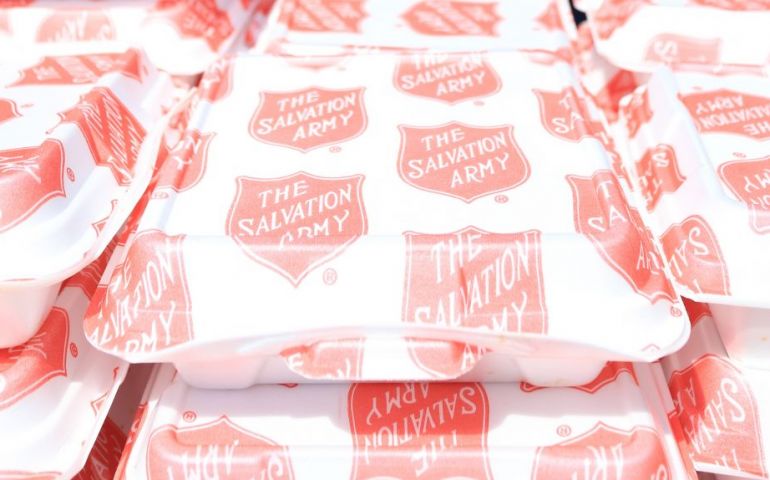 Dallas, Texas (August 19, 2022) – The Salvation Army Emergency Disaster Services (EDS) team in Texas is closely monitoring storm activity in the Gulf of Mexico as tropical storm warnings have been issued for South Texas and Northern Mexico. A tropical depression is expected to strengthen over the next 24-hours and make landfall on Saturday evening.

“On Friday, we participated in two state coordination calls. Initially the consensus was that although widespread heavy rains are anticipated in several areas of the state, the lakes and reservoirs had adequate storage available as well as dry conditions that would absorb most of the runoff,” said Alvin Migues, EDS Director for The Salvation Army in Texas. “However, by 3 pm the forecast was updated to expect as much as a foot of rain in the Rio Grande Valley, sufficient to cause flash flooding. We have been in contact with our local teams and have an Incident Management Team on standby to respond as soon as Sunday if necessary.”

The Salvation Army has a fleet of 32 mobile kitchens assigned year-round to locations throughout Texas. These units can quickly mobilize and be ready to serve food in affected areas within just a few hours. Additionally, the EDS team operates two field kitchens, a shower unit, command post, laundry unit, bunk house, and more. This equipment is available and ready for deployment in response to any disaster situation within the state or beyond.

“The Salvation Army has an extensive network of trained staff, volunteers and Officers who are prepared to deploy to disasters in Texas, and across the nation,” said Migues. “The last few years have tested our personnel and resources as we have been involved in multiple large-scale, multi-week response efforts. The Salvation Army will continue to focus on the provision of meals and hydration to both first responders and affected communities, as well as emotional and spiritual care. Our committed staff and volunteers stand ready to respond when and where needed.”

The Salvation Army EDS staff will continue to monitor the developing weather system in South Texas.

For the latest information please go to www.disaster.salvationarmyusa.org and watch for regular updates on our social media pages at facebook.com/salarmytx and www.twitter.com/salarmytx