Ministry of Presence in the Aftermath of the Storm 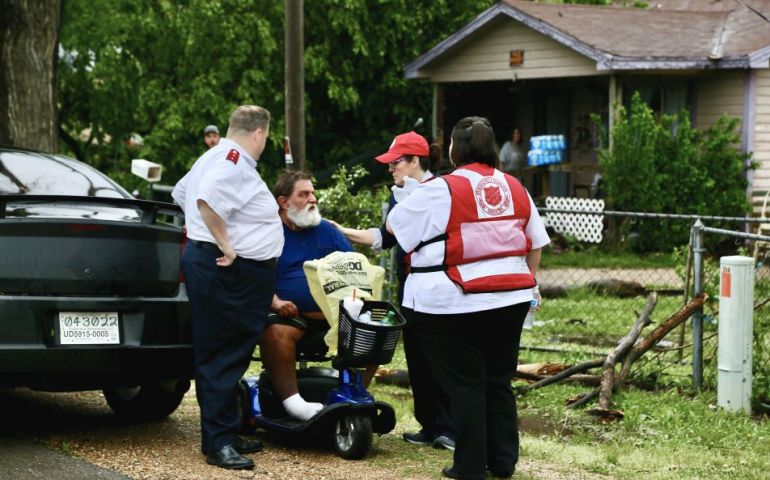 Lt. Crystal McFarland, Chickasha, Oklahoma Corps Officer, was deployed as an Emotional and Spiritual Care Officer. She described the last stop the mobile feeding unit made on Thursday evening while responding to devasting tornadoes in Seminole County, Oklahoma.

A disabled man in a wheelchair, came out as soon as he saw The Salvation Army pull up.  The man and his family had lived in the trailer which was hardly recognizable as a place to live.  In all the years of storms, he and his family had never left their home. However, on Wednesday night, his family went with him to the neighbors which with God’s grace saved them.

One of the young people in the home came out and stated, “we were just trying to figure out how to get something to eat as the trailer was destroyed, the vehicle was destroyed, and we don’t have transportation now.”

While the rest of the crew went to grab hot meals for everyone, Lt. Crystal McFarland ministered to the family, which had grown to 13 living in the damaged home next door.  The mobile unit was able to provide a hot meal while providing hope and love. Not only was the family desperate for a meal and water, but they also needed to know they were cared for.

Lt. McFarland stated, “It was humbling to see how grateful the family was even with all of their loss. It was a great reminder that even when times are tough, we need to rely on each other, and the Lord sends us comfort when we need it.”