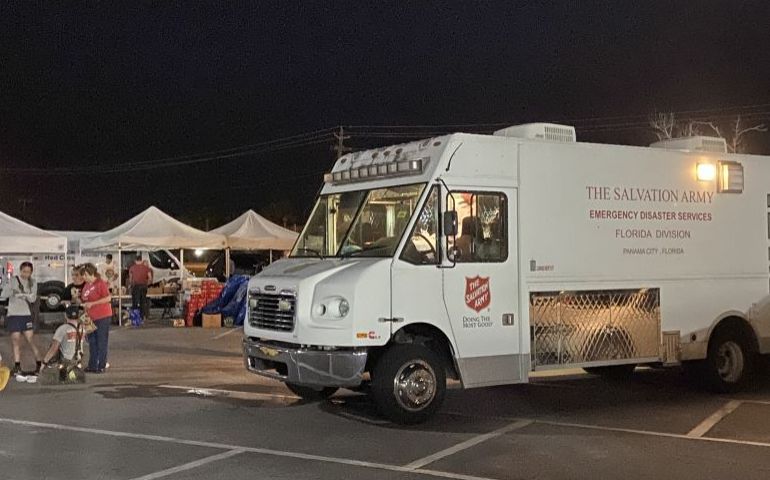 Panama City, Florida, (March 6, 2022) – The Panama City Corps has responded to major wildfires that have affected a number of residences in an 8000-acre area and continues to require mandatory evacuations for thousands of homes in the Panama City region. National Guard Air assets along with fire crews from around the State of Florida have been activated to provide additional support. Disaster workers from Panama City, Tallahassee and Ft. Walton Beach, FL are deployed to serve those fighting and affected by these wildfires.

The Salvation Army of Panama City has deployed their canteen and is serving at the Incident Command Post/staging area for the first responders, they are also providing hot meals for the American Red Cross to distribute to responder strike teams on the front lines of the fires.

In addition to food service being provided, the Panama City Corps is assisting families that have lost their homes. They currently have two families housed in their transitional shelter and three families with medical needs in hotels. As part of FL EDS’s response to the wildfires, Target gift cards have been provided to evacuees as needed.

To make a financial donation and support the efforts of The Salvation Army in the Florida Panhandle Wildfires, please go to https://bit.ly/3CqvaIH

Additional updates will be provided as warranted.