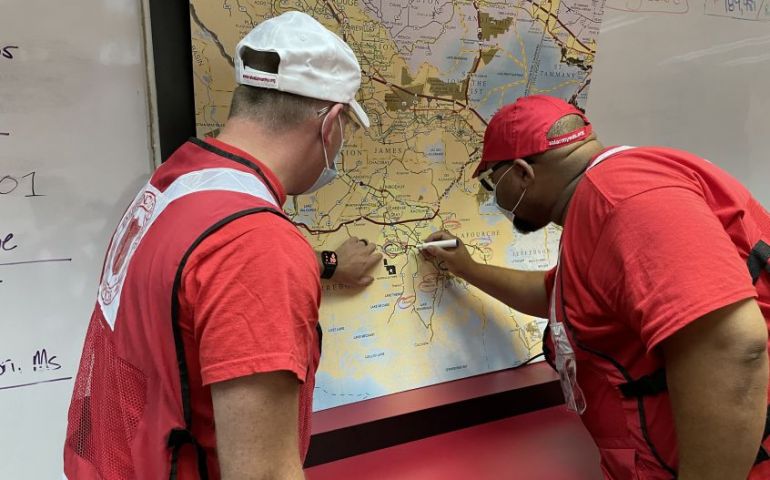 The team from The Salvation Army’s Texas Division, led by Alvin Migues, is being replaced by a team from the Arkansas-Oklahoma Division. Laurie Fried will lead the team as the Incident Commander. The Incident Command Team is generally a group of professionals and officers who take on individual roles to oversee that disaster operations continue to run smoothly. These roles oversee operations such as meal preparation, canteen logistics, supply distribution, finance, and more.

Laurie Fried, Director of Emergency Disaster Services for the Arkansas-Oklahoma division, says "The team from Arkansas-Oklahoma is honored to be in Louisiana. We are prepared to work hard and continue the good the Texas team has put in place." Additionally, Fried goes on to state "The staff and volunteers are amazing and are committed carrying out the mission and ministry of The Salvation Army."

As personnel teams’ transition, there is generally a day for each position to shadow the previous person and be briefed on what has occurred to-date and coordinate future service delivery to ensure quality and consistency in emergency disaster services. In Gonzales, the Texas team was the first team to have feet on the ground. The Arkansas-Oklahoma team will continue in its footsteps as The Salvation Army’s response continues to expand its services south toward more of the bayous.

To make a financial donation to support ongoing Hurricane Ida relief efforts, to go helpsalvationarmy.org or call 1-800-SAL-ARMY. For the latest disaster response information, go to www.disaster.salvationarmy.org and watch for updates on our social media pages at www.facebook.com/salarmyAOK and www.twitter.com/SalArmyAOKEDS