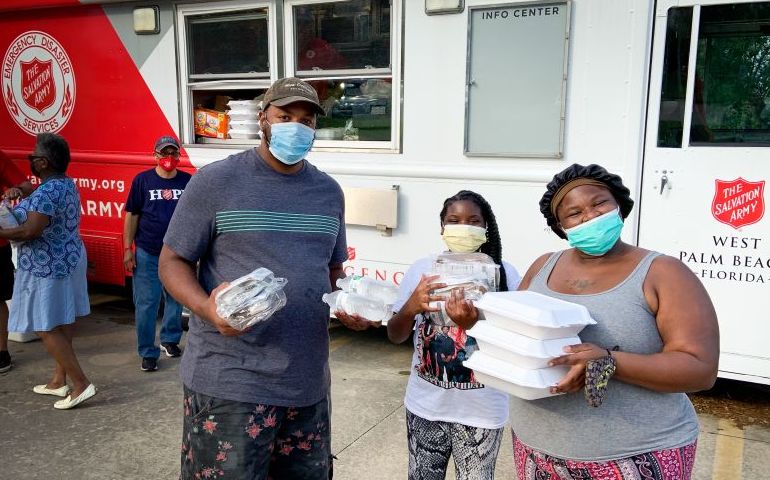 Tens of thousands are still without power in the greater New Orleans area. The Salvation Army Emergency Disaster Services Response team stationed in New Orleans has been working around the clock to get food and hydration to those in need. Nearly 20,000 meals have been provided to the many parishes in need. More than 7,500 hot meals were provided, including MRE’s, nearly 17,000 drinks, and 11,730 snacks.

“I was feeling hopeless, until today. Just getting this hot food, I’m grateful,” said Stephen Howard, New Orleans resident who has been without power since shortly after Hurricane Ida made landfall. “I was here for Katrina, but it’s different now. I have a family of my own and I’m not a kid anymore. It’s a different level of stress.” His pregnant wife and daughter held in their hands their first hot meal in more than a week.

“We have teams with volunteers from Florida, Mississippi, and Georgia,” said Incident Commander, Ed Binnix of the New Orleans Response Team. “We are coming together for one mission and that’s to bring food, hydration, and emotional care to all those who need it here in the greater New Orleans area.”

The Emergency Disaster Team arrived in New Orleans late Monday night and has been serving from sunup to sundown every day sending 19 mobile feeding units into neighbors.