The Salvation Army Prepares for Second Hurricane Response in One Week 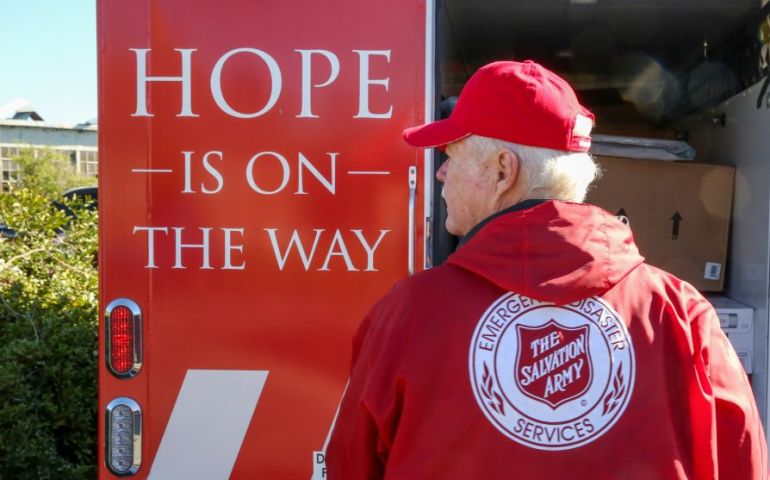 Alexandria, Va. (August 28, 2021) —Salvation Army Emergency Disaster Services personnel are preparing resources to meet the immediate needs of survivors and first responders in communities across the Gulf Coast. Hurricane Ida, the first major hurricane to hit the Gulf Coast in 2021, is expected to make landfall along the northern U.S. Gulf coast on Sunday, August 29.

“We are no stranger to hurricanes like Ida,” said Emergency Disaster Services Director of The Salvation Army’s Southern Territory, Jeff Jellets. “Preparations for this storm come in the middle of ongoing long-term relief efforts for the people of Louisiana, Mississippi, Alabama, and Florida after recent storms. The immediate impacts could be devastating, but the long-term impacts could be tragic.”

Ida is forecasted to bring hurricane-force winds capable of downing trees, widespread power outages, structural damage, and a storm surge of 7-11 feet. Heavy rain is also expected to reach 8 to 16inches, with isolated 20-inch totals Sunday into Monday, which could trigger flash flooding and river flooding that could linger for several days after the storm. “The continued generosity of the public is essential in allowing our organization to serve those affected for as long as we are needed,” Jellets said.

With a presence in nearly every ZIP code in the country, The Salvation Army is uniquely positioned to respond with services tailored to local community needs. In preparation for response efforts, several steps have been taken to serve those impacted:

In addition, Salvation Army disaster personnel are collaborating with federal, state, and local emergency management agencies and other partners to respond to and monitor ongoing impacts and evolve response efforts as needed. In light of the pandemic, The Salvation Army has evolved service delivery with extra precautions such as social distancing at food distribution sites, adapted feeding models and updated personal protective equipment requirements.

A digital media kit with current and historical Emergency Disaster Services assets can be found here.