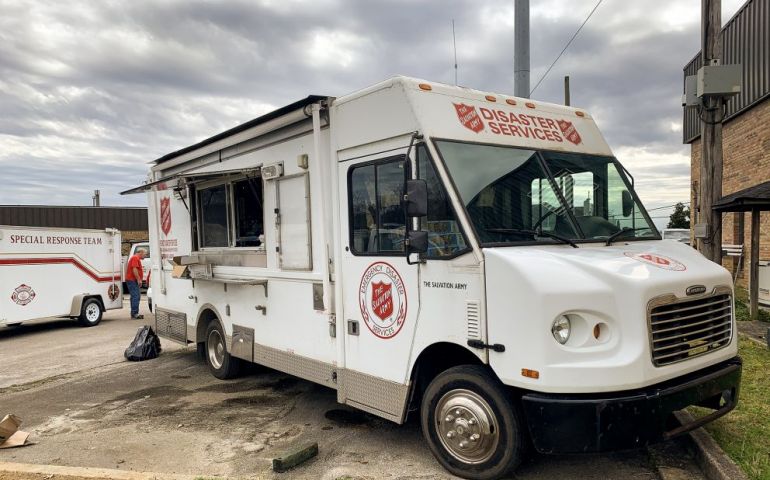 Birmingham, AL (January 26, 2021)—A tornado ripped through North Central Alabama last night, killing at least one person and leaving a path of destruction in its wake. The Birmingham suburbs of Fultondale and Center Point were hardest-hit by the storm. The Salvation Army Birmingham Area Command set up a mobile feeding unit to serve first responders and affected residents this morning at Fultondale City Hall. Another feeding unit has been deployed to serve lunch in the area today.

“The Salvation Army is working with local Emergency Management officials to assess the situation and will continue to provide support to the area until the need subsides,” stated Major Charles Powell, Birmingham Salvation Army Area Commander.

The Salvation Army’s Gadsden, Anniston, Tuscaloosa, and Walker County units are on standby to provide support if needed.