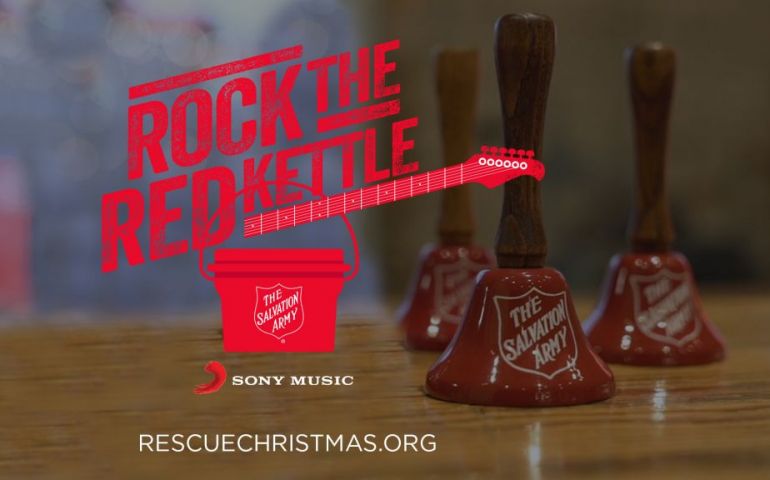 Dallas, Texas (December 14, 2020) – Sony Music Nashville announces its partnership with The Salvation Army and Sinclair Broadcast Group as part of The Salvation Army’s “Rescue Christmas” campaign. The online Rock The Red Kettle special, airing on Wednesday, December 16 at 7 PM (CT), will feature Sony Music Nashville artists raising their voices, inspiring viewers to give what they can. The show will also include stories of Salvation Army service and impact around the country, featuring an interview with Linda Dowell, an Emergency Disaster Services volunteer from Granbury, Texas.

This year, The Salvation Army’s holiday season fundraising is more important than ever – millions of Americans are in need, and there is the daunting possibility of a 50% decrease in funds raised through the iconic Red Kettles due to the impacts of COVID-19. In response, Sony Music Nashville artists Robert Counts, Adam Doleac, Niko Moon, Mitchell Tenpenny and Rachel Wammack will perform Christmas favorites on the Rock the Red Kettle special in an effort to uplift and encourage viewers to support The Salvation Army’s efforts at RescueChristmas.org.

Produced by Sinclair Broadcast Group, the Rock the Red Kettle special will air exclusively on Sinclair’s free, over-the-top streaming platform STIRR. The special will run on STIRR City (channel 1) on December 16 at 7 PM CT and again on STIRR Music (channel 400) on December 17 at 11 AM CT. The STIRR app is available on Roku TV, Fire TV, Apple TV as well as iOS and Android devices or at www.STIRR.com

The Salvation Army Texas Division is excited that an interview with Linda Dowell, from Granbury, will be featured in the special. Linda has supported the local Service Unit for many years and first served as an EDS volunteer after Hurricane Katrina in 2005, providing support to survivors who had been displaced and were staying at The Salvation Army in Arlington. Most recently, Linda served in particularly demanding back-to-back deployments after Hurricanes Laura and Delta struck SE Texas and Louisiana.

“Our unit was deployed to Iowa, LA, after both storms this fall which meant that I was able to serve and minister to many of the same people. That was unique and very special to me,” said Linda, who was joined by her husband David for the second deployment. “While it may not be for everyone, I feel especially called to disaster ministry. Knowing that I can take care of a person’s basic need in the midst of a crisis, and also share a prayer and the love of Jesus, means a great deal to me.”

“The Salvation Army is prepared to serve more individuals and families this holiday season than ever before,” said Commissioner Kenneth G. Hodder, National Commander of The Salvation Army. “Our ability to rescue Christmas for millions of people will be directly attributable to support from the American public and partners like Sony Music Nashville and Sinclair Broadcast Group.” Sony Music Nashville’s Senior Director of Partnership Marketing, Nicole Marinake added, “Our Sony Music Nashville family of artists are thrilled to lend their voices to such an important cause with the Salvation Army’s mission to Rescue Christmas. More than ever, we know that music has the power to bring people together and we’re so grateful to both the Salvation Army and Sinclair for this collaboration that started with Kane Brown’s halftime performance on Thanksgiving and will stretch through the holidays.”

For more information about The Salvation Army or to make a donation, please go to www.salvationarmytexas.org or contact your local Salvation Army.