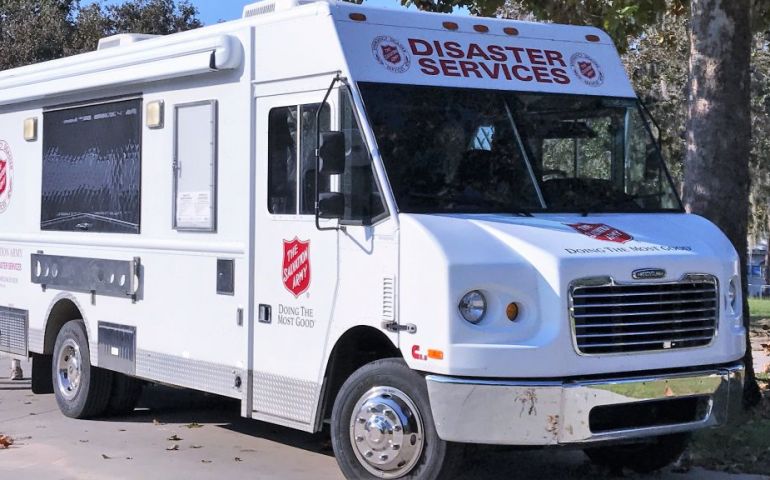 Bertie County, NC (August 4, 2020) – Most Salvation Army units along the North and South Carolina coast are back to normal operations after Hurricane Isaias made landfall in Oak Island, North Carolina at 11:10 p.m. on August 3. As the storm swept through eastern North Carolina, 24 tornado warnings were issued.

In Bertie County, North Carolina, a tornado touched down in a neighborhood near the Windsor community, destroying many homes. Tragically, there were two fatalities and a dozen people were injured. A team from The Salvation Army of Washington responded with a mobile feeding unit stocked with food and water to work with officials to assess the unmet needs in the community. It became evident very quickly that the unmet need was not food and water: it was emotional and spiritual support.

“As I left today, I thought we didn’t do much. We did not give away but 6 bottles of water and four snacks,” said Captain Karl Bush of The Salvation Army of Washington. “But then it hit me - the people leading the response did not need food. They needed our presence. We were a sounding board for them.”

The Salvation Army’s work will continue alongside local emergency management and community partners.