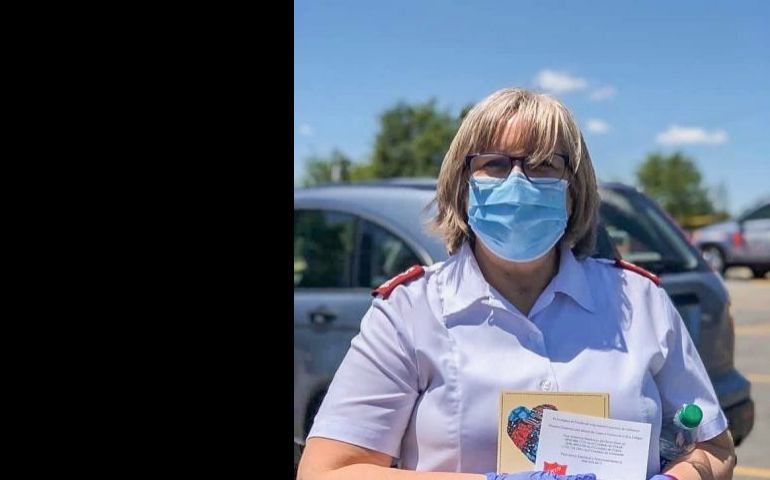 The Salvation Army, International Corps in the northeastern corner of the Metro Atlanta (Georgia) area joined with Telemundo Atlanta and Plaza Fiesta for a day of contactless response to the overwhelming amount of need, especially in the area known as International Village. This area has over 100 nationalities hence the “International Corps” that is situated at its hub. The response consisted of Salvation Army officers, soldiers and volunteers handing food and other needed items to the public who stopped by the  Plaza Fiesa (shopping district). Many of those helped are individual store and booth owners who have been devastated by the many weeks of closure due to Covid-19 restrictions.

In addition to these items cards were shared in Spanish and other languages containing encouraging messages and scripture. Many of those who were physically helped received prayer.