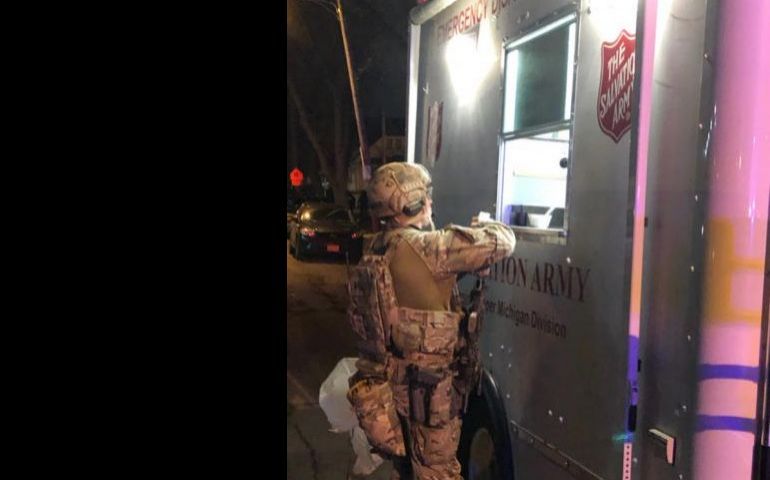 MILWAUKEE COUNTY, WI - Chaplains with The Salvation Army of Milwaukee County are providing emotional and spiritual care to the first responders and Molson Coors workers after a shooting with multiple deaths on Wednesday.

Four chaplains were called to the scene by the Milwaukee Police Department around 3:45 p.m. Wednesday.

"Since Wednesday afternoon, Salvation Army chaplains, led by Pastor Alexis Twito, have been at the scene," said Major Steve Woodard, Milwaukee County Coordinator. "They are providing comfort, prayer, a listening ear, and a loving and calm presence."

In addition to the emotional and spiritual support, The Salvation Army brought in a canteen (mobile feeding truck) to provide a hot meal and coffee for the investigators who were working the scene in the cold weather.

The chaplains are among many organizations providing needed support in this difficult time. They will continue to support the police and community members until the need is met.

If anyone is interested in becoming a Salvation Army chaplain, training is being offered on March 21 and 22. Click here for details.