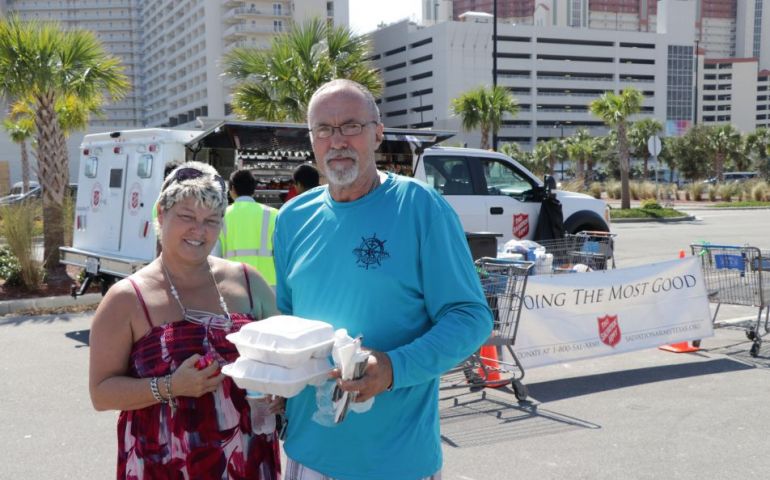 Panama City, FL (October 19, 2018) - “We loved it, it was just so peaceful.” That’s how Deneice Tanner describes Mexico Beach and the home she and her husband Tommy shared after moving from Georgia just 16 months prior.

Now the couple is homeless having lost everything as Hurricane Michael slammed into the quaint beach town a little more than a week ago. “We were forced to evacuate and my first thought was to run!, just leave as fast as we could just to stay alive, says Tommy Tanner.”

The Tanners grabbed only what they needed and ended up in Alabama for a few days to escape Michael’s path, returning to Mexico Beach last week to survey the damage. Deneice says the drive home was not an easy one.

“It literally made us sick, like I felt like I was going to throw up; I’ve never had that feeling in my entire life.” And it didn’t get any better once they arrived. Where their dream home used to sit, was now just a pile of sand and debris. The couple is staying in a hotel near Panama City as they prepare to stay with family in the mountains of Georgia next week. They had just left the Walmart on Panama City Beach getting some clothing they’d need for their trip and that’s when they found The Salvation Army’s disaster canteen providing a much-needed hot meal and cold water; Just what they needed says Tommy.

“It’s an absolute blessing that The Salvation Army is here; it’s wonderful.” Despite the stress of what they’ve been through together, Deneice says they will make it back to Mexico Beach. “There’s no doubt about it. This is a place I’ve been coming to off and on my entire life. When the time is right, we will rebuild and once again call it home.”