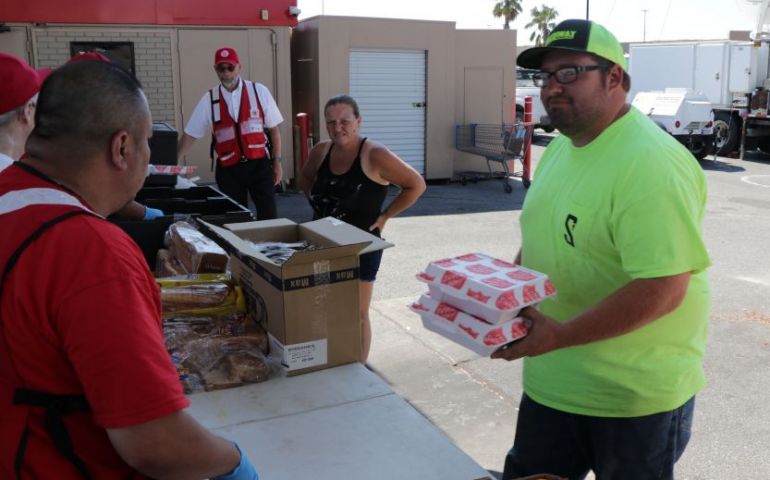 Panama City, FL (October 18, 2018) – Sean Barrett knew his day was about to take a turn for the better when he spotted The Salvation Army mobile feeding unit arrive to the area where he was working. Barrett was on his sixth day of clearing broken tree limbs that seem to litter nearly every neighborhood of Panama City; not an easy job considering the searing Florida heat.

“People have slowly been getting more aggravated each day, I guess because of the stress of what happened, making everyday a little harder than the next,” says Barrett. “But I’m a positive person so I kind of go with the flow.”

Like so many, Sean has had to endure tough conditions following Hurricane Michael; lack of power, air conditioning, and cell service to call home to his wife and children. “Things have been slowly improving and it was such a welcome sight when I came across The Salvation Army food truck, I’m starving!”

The mobile feeding crew served up a plate of freshly cooked smoked turkey, peas, bread, and an orange; just what Sean was needing. “Having The Salvation Army out here really helps boost you up. It gives me that second wind so I can go back out and keep doing my thing, I’m really grateful.”