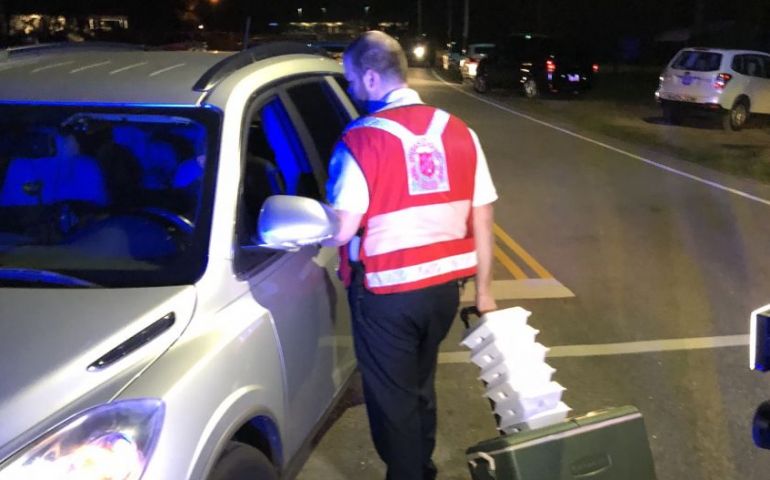 “It’s heartbreaking. We should be heartbroken. But this is an opportunity to come together as a community and love one another in the name of Jesus,” said Lt. Michael McGee of The Salvation Army. “As a community, we can lift one another up. We are going to do what we can to get through this together.”

The Salvation Army mobile feeding unit and crew was already serving local communities impacted by Hurricane Florence and responded quickly when the request from local emergency management was received.

Following the incident the neighborhood was blocked off and an estimated 50 residents could not return home. “I left my house to run to the store- I have five dollars with me. I have my kids with me and they’re hungry,” said one neighborhood resident. Salvation Army officers and feeding crews delivered meals to the line of cars waiting for the neighborhood to reopen.

“A meal is just a meal until you are hungry,” added McGee. “Residents are lined up in cars waiting to get into the neighborhood. Law enforcement officials and first responders are working tirelessly to ensure public safety and investigate the incident. It’s supper time and we are here to feed people and nourish their souls.”