A Network For Good in Robeson County 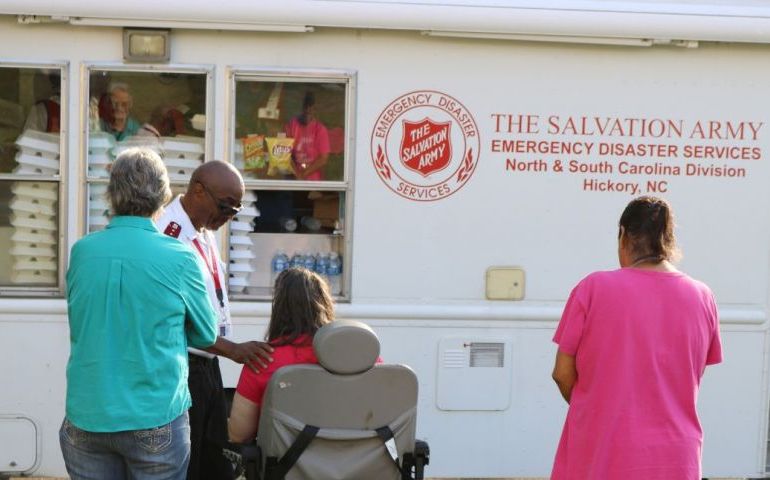 Lumberton, NC (September 26, 2018) – The line stretched back at least 20 vehicles.  Box trucks, cargo vans, passenger vans (seats removed), even a tow truck and quite a few pick-up trucks; but no cars…not a one.   No, this is about neighbors helping neighbors.

The line of vehicles was made up of representatives from neighborhood churches and community centers throughout Robeson County and ended alongside a 53-foot-long refrigerated tractor trailer.  The Salvation Army was distributing much needed frozen food to these groups, who together form a network for good.

Robeson County in southcentral North Carolina has the unfortunate distinction of being one of the poorest counties in the United States.  But what is lacked in financial resources, is make up for in compassion; truly, genuine love for your neighbor.

Each group received a selection of food including proteins, vegetables, starches, and even some desserts or snacks.  Most of the food was fully cooked, which can be very important for those still struggling to recover from the wide-spread flooding when kitchens may not yet be ready to cook.  The individual groups then go back to their neighborhoods, divide the load into family portions and distribute it -- sometimes going door-to-door, making sure to check on the elderly and shut-ins.

Loaded down and headed to share, a honk of from a box truck as it pulled off was returned with a short wave and quick prayer of thanks as the next vehicle pulled up.