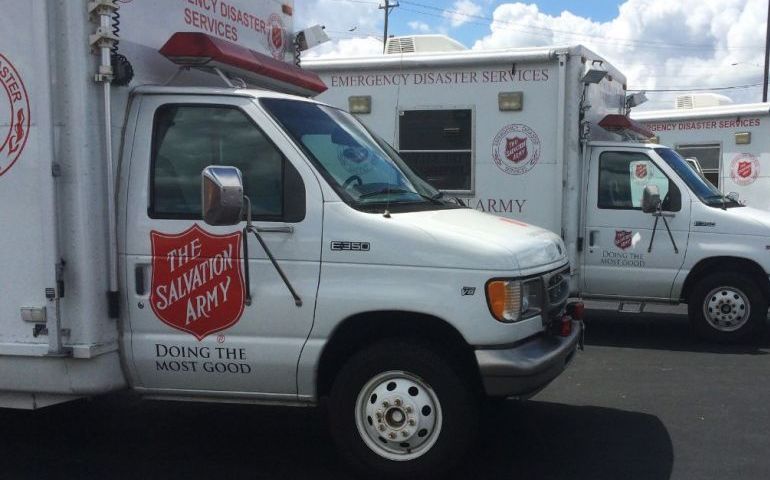 Alexandria, VA. (September 14, 2018) – The Salvation Army’s national network of disaster staff and volunteers has been activated since Monday, Sept. 10, to mobilize for storm preparation and response. Trained emergency disaster personnel are prepared to provide food, hydration, and emotional and spiritual support to survivors and first responders. Staff and volunteers are also serving at emergency shelters and staffing emergency operations centers. An incident command team and staging area for North and South Carolina has been established in Charlotte.

Because The Salvation Army has more than 7,600 centers of operation in the U.S., they’re often the first ones on the scene. And they don’t leave – as part of the communities they serve, they help people recover now and later rebuild.

“Donations from the generous public will help provide food, shelter and other valuable resources that survivors need,” said Lt. Col. Ward Matthews, national community relations and development secretary for The Salvation Army. “After immediate needs are met, The Salvation Army will remain and continue to partner with impacted communities to rebuild, which could take years.”

The best way to support the survivors of Hurricane Florence is by making a financial contribution. This gives relief organizations flexibility to quickly and efficiently meet the immediate needs of disaster survivors without incurring many of the costs associated with sorting, packing, transporting and distributing donated goods.