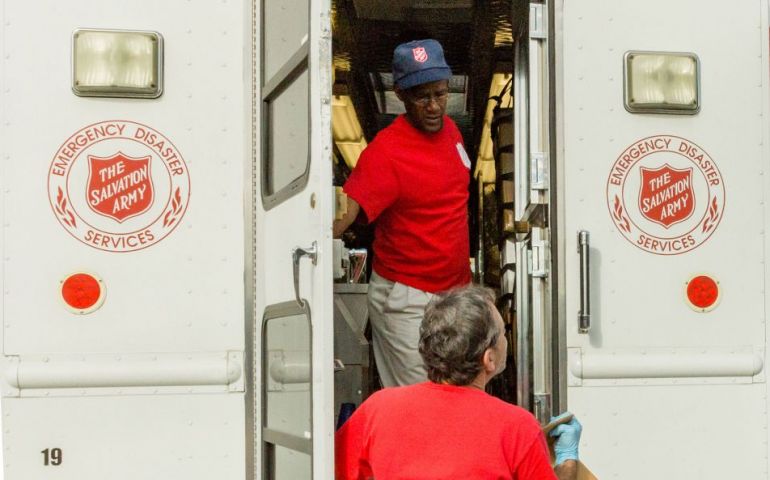 JACKSON, MS  – With Tropical Storm Gordon moving into the Gulf of Mexico, a Tropical Storm Warning is now in effect for Coastal Mississippi and the New Orleans Area. The Salvation Army of Alabama, Louisiana, and Mississippi (ALM) is preparing for the severe weather that Gordon might bring. Emergency Disaster Services Director for The Salvation Army ALM Division, Terry Lightheart, reports that Divisional Emergency Disaster Services personnel and local Salvation Army representatives in the potentially affected areas are participating in weather briefings with state and local partners.

“Coordination with our local and state partners is vital to our preparedness measures. Especially since it appears that Gordon is expected to produce heavy rainfall of 4-6 inches across the coastal areas of Alabama, southern Mississippi and Louisiana, with isolated maximum amounts of 8 inches through early Thursday,” said Lightheart. The National Hurricane Center is predicting that these rainfall amounts may cause flash flooding.  There is also the potential of flooding due to storm surge. “Although there is still some uncertainty with this system, out of precaution, all 31 Salvation Army Corps and 18 Service Extension Centers located within the ALM Division are on standby for potential activation. This includes 28 mobile feeding units,” Lightheart said.

Major Ernest Hull, Area Commander for The Salvation Army of Greater New Orleans said, “The New Orleans Command is preparing to accept the homeless population into our Center of Hope. As per our agreement with the city of New Orleans we will work to get the homeless off the streets and into shelter. Our canteens stand ready to be deployed if needed.”

The Salvation Army is working with state emergency officials monitoring Tropical Storm Gordon as it moves closer to the coast. The Salvation Army is prepared to provide food, drinks, and emotional and spiritual care to communities affected by the storm in the coming days.

To donate to The Salvation Army's disaster relief efforts, go to helpsalvationarmy.org.