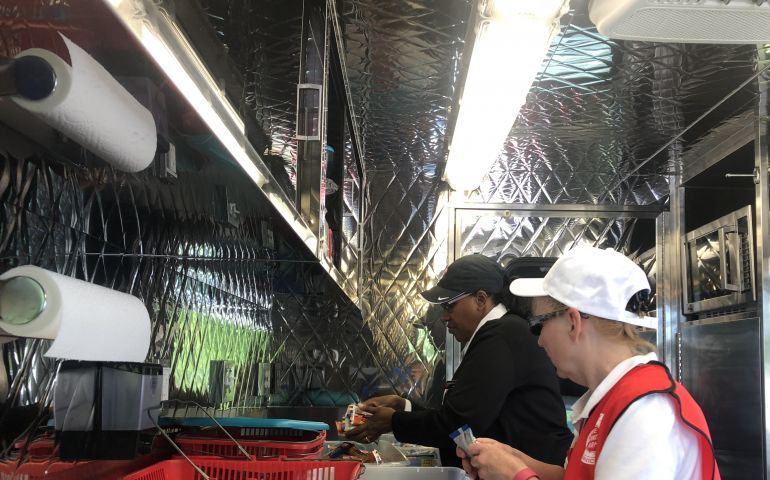 Noblesville, IN – The Salvation Army is currently on scene at Noblesville High School, where students from Noblesville West Middle School were moved following a shooting at the middle school earlier this morning. The Emergency Disaster Services team on site is providing food and hydration to police, first responders, and families. Trained personnel are also offering emotional and spiritual support to survivors.

Major Katrina Mathews, Corps Officer at The Salvation Army’s Indianapolis Harbor Light Center, is one of those who has deployed to the scene to offer this service.

“We’re providing water snacks, and words of encouragement,” explains Major Katrina. “Our hearts are just breaking for this community. Parents are being allowed to pick up their children, so we are headed into the school to talk and pray with anyone who needs our support.”

The young suspect in the shooting is currently in police custody. The two victims, a 13-year-old female student and science teacher Jason Seaman, have been transported to local hospitals. The entire community is showing its support for the victims and families. The Salvation Army will remain on scene as the investigation continues.