Two Girls and a Truck 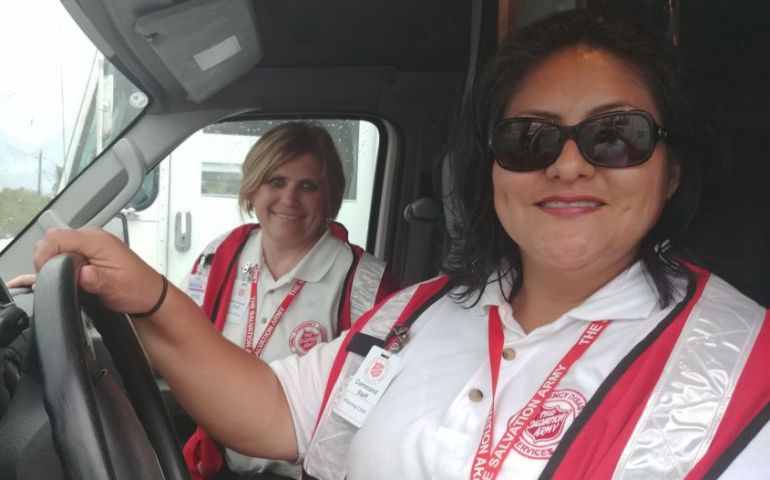 Naples, Florida – Mostly every part of Collier County, which Florida’s largest county, is renowned for its beautiful staple communities. A combination of bustling streets and quiet and quaint roads.

All along these scenic roads are all too familiar sights as well – people in despair. Prior to Hurricane Irma, the county was already in a housing and hunger crisis; in the aftermath, it is a catastrophe.

In the far lanes of these roads you’ll hear beeping and lights flashing from a little red and white mobile canteen, also known as a mobile feeding unit.  In the truck are two of the most dedicated women on the front lines – Captain’s Linnea Forney and Bersabé Vera. The Captains who are also Corps officers, along with a handful of their colleagues, are from the Greater Chicagoland area which was deployed to The Salvation Army in Naples to assist with hurricane relief efforts.

From Naples to Immokalee and beyond, support from The Salvation Army in Collier County will remain steadfast and in the community long after the flood waters recede.  While the Captains won’t be the ones personally beeping away to locals, the mission and ministry of the Army will be hard at work.