Giving Back and Doing Good in Victoria, Texas 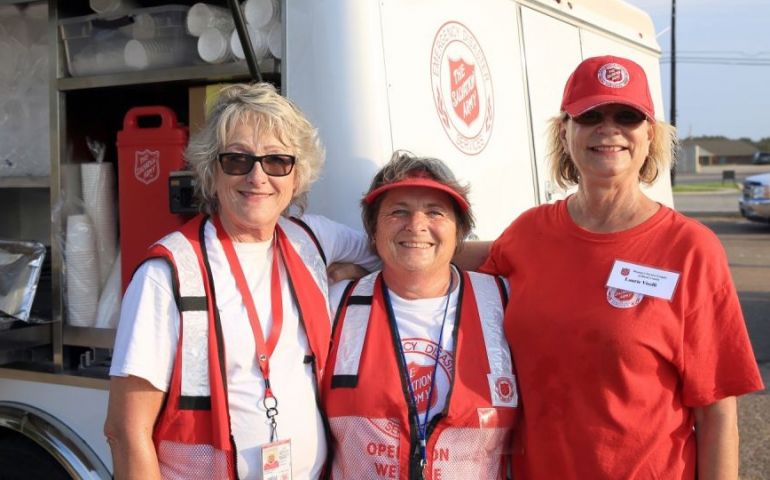 Victoria, Texas (September 6, 2017) - Nine years ago, nine women gathered in friendship around a kitchen table. Conversation over coffee and sweet tea soon opened doors to dreams that would impact people far and wide for years to follow.

In the city of Granbury, Texas, there may not be a Salvation Army corps, but what Granbury does have is a group of ladies with Texas-sized ambition to pour their heart and soul into building their community of neighbors who live, work, play, and worship together.

The Salvation Army’s most treasured resource is the people who share its vision and values, and partner with them in their passion of Doing the Most Good. So, with the backing, support, and approval of The Salvation Army of Texas, and working closely with the local Salvation Army Service Unit, this group of dedicated ladies established the Women’s Service League of Hood County (WSL).

“Once I saw the good work the organization was doing for our community, there was no way I was not going to join,” says Sharon Grinstaff, current president of the organization.

It’s now nine years later and the group of coffee conversationalists has grown in number to more than 100. And as Hurricane Harvey prepared to slam the Texas coast flooding homes and destroying businesses, The Salvation Army called for trained and experienced volunteers to aid in the anticipated disaster relief. Without hesitation, three enthusiastic women from the WSL headed to the Texas Coast with Grinstaff at the lead. They traveled in their newly purchased, top of the line, and completely furnished Ford 450 Salvation Army Rapid Response Unit, affectionately called an RRU. A small character doll of Wonder Woman hung from the rear view mirror – an appropriate mascot for their journey ahead.

Together with private donations, fundraisers, and help from The Salvation Army, the WSL was able to purchase the emergency disaster RRU to expand their desire to help people in need in Granbury and beyond.

Joining Grinstaff on the RRU serving in Victoria, Texas are Carol McKernan, and Laura Viscelli. “At some time, we all need help or support,” says McKernan. “And to be in a position to do this - to give back and do good - it’s a wonderful feeling.”

When it comes to conveying the core fabric of The Salvation Army and all it represents, the ladies of the Women’s League of Hood County stand taller than Texas. Wonder woman would be proud.