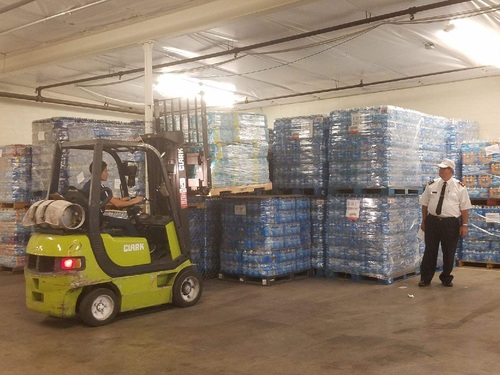 PHOENIX – The Salvation Army is responding to a crisis that has hit the community of Cibecue, Arizona. The pump to the town’s water tank broke down this week, leaving the tank at roughly five percent capacity and putting the community in desperate need of water.âÂÂÂÂ

The Salvation Army’s Red Shield Survival Squad – which has distributed an estimated 10,000-plus bottles of water to people in need of heat relief in the Phoenix metro area this month – will be taking 20 pallets of water from its current supply on a truck to Cibecue on Friday to assist in relief efforts.

“The Arizona Department of Emergency and Military Affairs alerted us of the situation in Cibecue, and we responded in good faith,” said Major Nancy Dihle, Salvation Army Southwest Divisional General Secretary.

However, we can’t do it alone. Several companies in the Valley have conducted water drives on our behalf over the last several weeks, including metro Phoenix Ford dealerships, Safeway, Albertsons and Jacksons Car Wash, just to name a few. We also receive thousands of bottles donated by individuals and groups annually. A donation such as this to a community in need would be impossible without those generous donations.”

Anyone wishing to make a monetary donation can text the word Cibecue to 51555, and 100 percent of the money donated will go to the Cibecue relief effort.