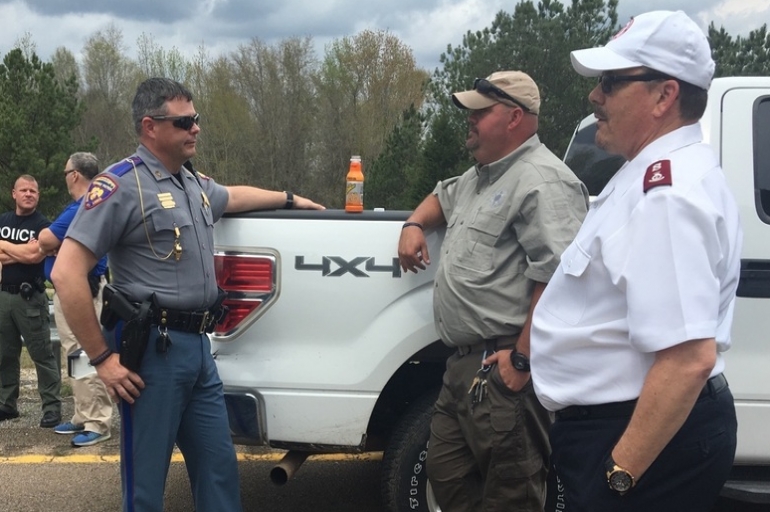 Columbus, MS – The Salvation Army is providing hydration, fruit, and snacks to law enforcement from several agencies across Mississippi after a high speed chase this morning resulted in gun fire. The suspect was shot and killed, but not until a deputy sheriff from Lowndes County, Mississippi was also shot. The chase took place over three counties ending in Lowndes County near Columbus, Mississippi.

“We got the call from our county EOC Director, and we’re more than willing to help out these men and women who keep us safe,” said Major Alan Phillips, Columbus Corps Officer.

The Salvation Army handed out 90 pieces of fruit, over 100 snacks, plus 125 bottles of water and Gatorade to law enforcement who have remained outside to block off the area, control traffic, and collect evidence. Emotional and spiritual care is also available to these officers.

“They have a job to do, and we can support them by doing our job,” said Major Phillips. “This hopefully gives them a little boost as they work this investigation.  I pray for all those involved to stay safe and for a quick recovery to the deputy who was shot.”

The deputy sheriff was shot in both legs, but is expected to recover.