The Salvation Army of Georgia Helps Those Impacted by Hurricane Laura 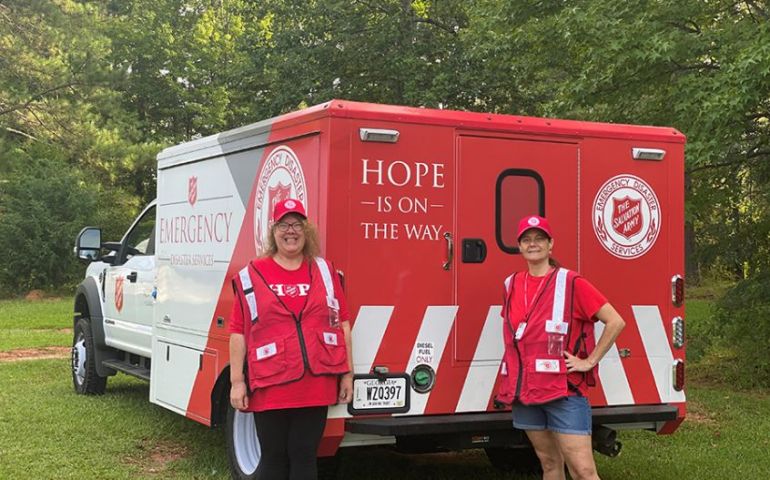 Newnan, GA (September 2, 2020) - A Rapid Response Unit (RRU) from Newnan, Georgia is one of the latest Salvation Army assets to head in the direction of the Gulf Coast to help those impacted by Hurricane Laura.

The Newnan RRU will serve as part of The Salvation Army disaster response in the city of Lake Charles, LA. The RRU enables The Salvation Army disaster services to enter places inaccessible to larger vehicles due to damaged roads, downed trees and other obstacles. RRUs usually don’t cook meals but deliver food prepared elsewhere. The vehicle has a 16,500-pound payload, holds about 800 meals, 550 bottles of ice water and up to six gallons of coffee.

“The Salvation Army has been serving in disasters since the 1900 Galveston Hurricane. We were ready to respond to the call for additional equipment and workers in Louisiana. Additionally, the Georgia Division has personnel who are supporting the Emotional and Spiritual Care Hotline. If there are unmet needs from Hurricane Laura’s devastation, we are trying to help meet them,”  said Lanita Lloyd, The Salvation Army of Georgia Emergency Disaster Services Director.

Hurricane Laura was a deadly and damaging Category 4 hurricane with sustained winds of 150 mph when it made landfall near Cameron Parish in Louisiana. It is now tied for the strongest hurricane on record to make landfall in the state of Louisiana as measured by maximum sustained winds. The city of Lake Charles sits about 50 miles north of Cameron and suffered significant damage from Hurricane Laura. The city has an estimated population of 78,000.