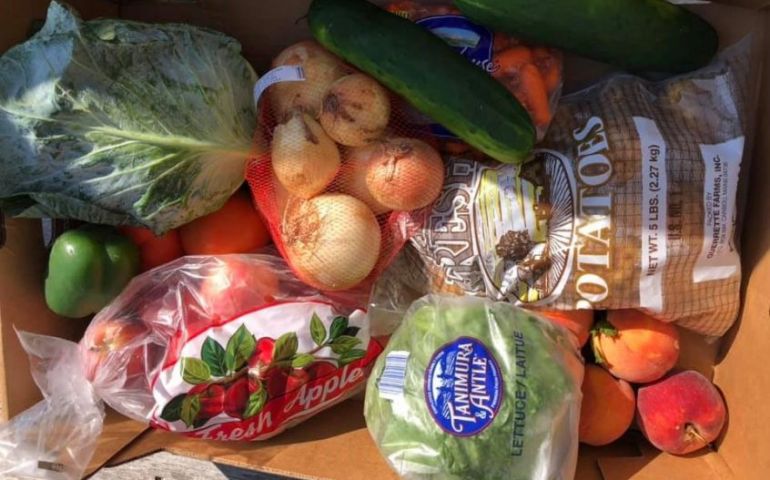 Charlotte, NC (August 3, 2020)--As Isaias makes its way up the east coast, local Salvation Army emergency disaster service teams are busy making final preparations for service after the storm. Today, The Salvation Army in Jacksonville, North Carolina distributed food boxes to people in need ahead of the storm.

“The Salvation Army is a major food provider for this community and today we are working to get as much food to as many families as we can,” said Capt. Jon-Phil Winter of The Salvation Army of Onslow and Duplin counties. “We know we may not be able to open for a day or two after the storm passes and we want to make sure no one goes hungry.”

Once storm damage reports have been received and local community needs have been determined, local Salvation Army personnel will focus primarily on providing food, hydration, and emotional and spiritual care to impacted individuals, families, and first responders.