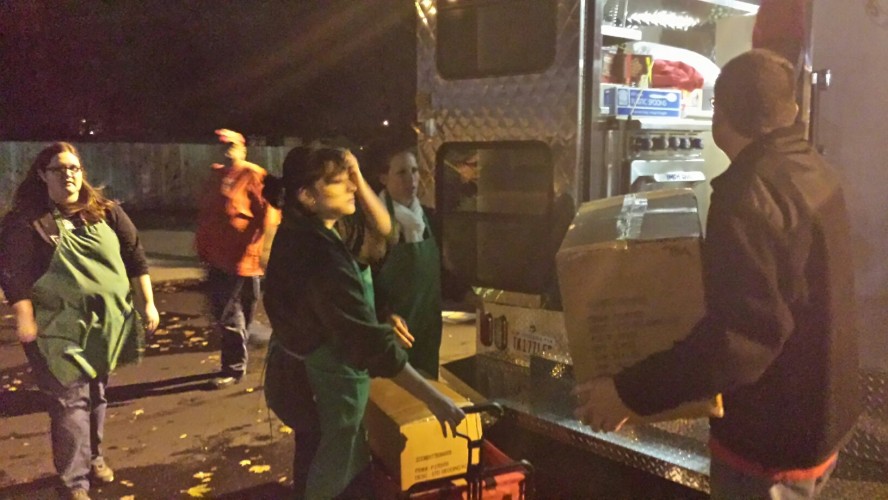 After a number of powerful tornadoes caused serious damage in the American states of Illinois, Indiana and Kentucky on Sunday 17 November, The Salvation Army activated its emergency response plans in affected areas and is now prepared for further tornadoes expected in Michigan and Ohio. Homes, businesses and vehicles were destroyed by up to 40 tornadoes that tore through the Midwest, with six people known to have been killed in Illinois and hundreds injured. It is feared that these numbers will rise as rescue workers sift through the wreckage.

Hundreds of people were made homeless as a result of the destruction, and The Salvation Army is ready to assist those who have been affected in this way.

The Salvation Army’s Captain Jeff Carr in Peoria, Illinois, reports that canteens (mobile kitchens) have been deployed to three nearby areas, including Washington, which sustained heavy damage. The Salvation Army also opened a tornado shelter in Pekin, offering welcome respite from the winds.

Major David Dalberg, Emergency and Disaster Service Director for The Salvation Army’s Metropolitan Division (Chicago), advises that canteens are operating in tornado-struck Will County, near Chicago. The canteens there have been providing drinking water and serving hot and cold food to hundreds of people.

Meanwhile, in Kentucky, Lieutenant Joseph Crawford has been working with local Emergency Management officials in McCracken County. In conjunction with the local emergency services, the response in this area has focused on hard-hit Brookport.

The Salvation Army’s well-rehearsed disaster response plans allow for positioning of a variety of emergency response equipment in strategic locations around the country.